A round-up of Balkan Insight’s favourite photographs of the week. 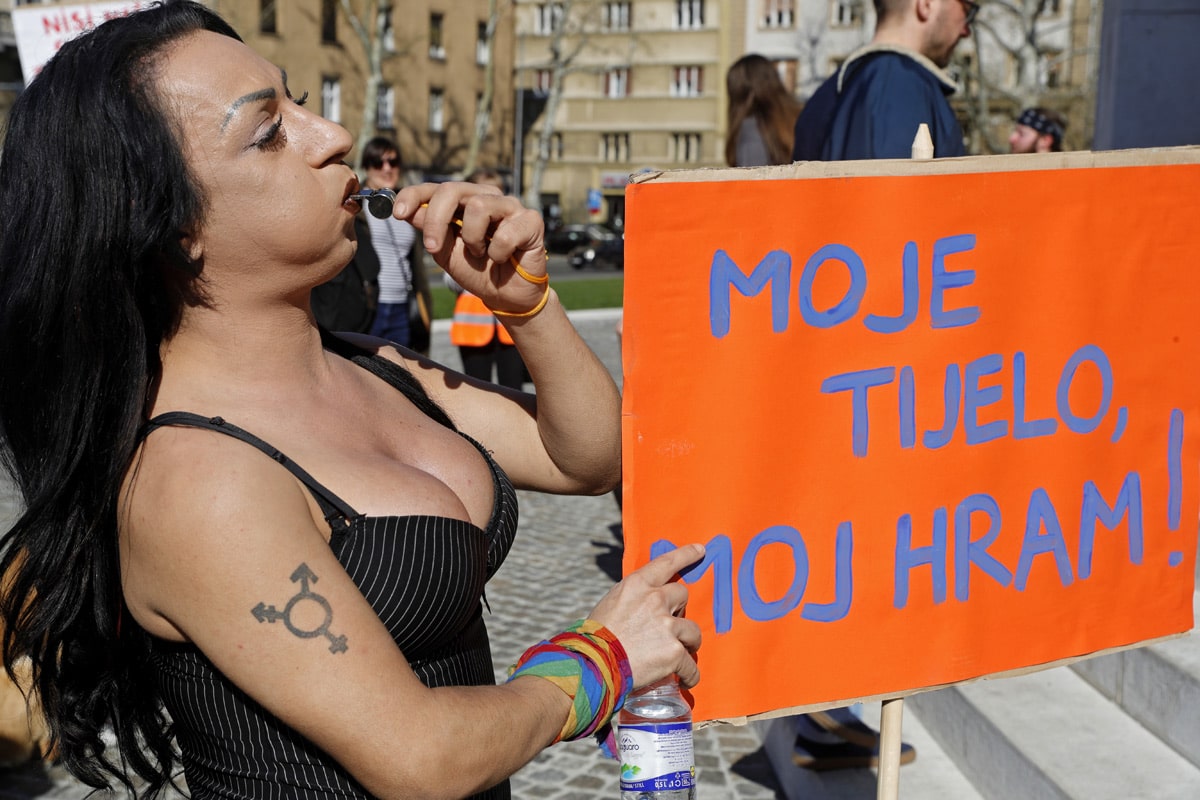 A participant at the first-ever Balkan Transgender and Intersex Pride march in the Croatian capital of Zagreb holds a banner saying, ‘My body, my temple!’ on March 30. Photo: EPA/Antonio Bat. 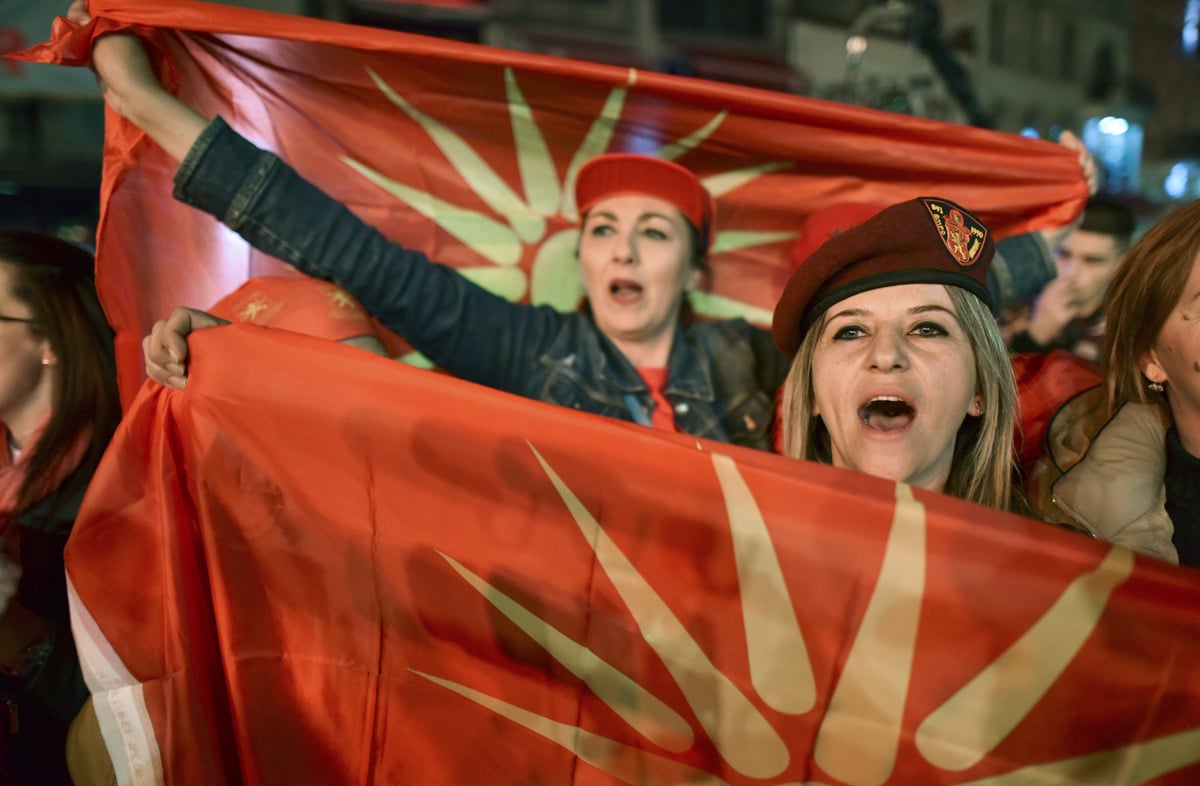 Members of the Macedonian opposition VMRO DPMNE party shout slogans during the opening electoral rally for the country’s presidential election in the southwestern city of Ohrid on April 1. Photo: EPA/Georgi Licovski. 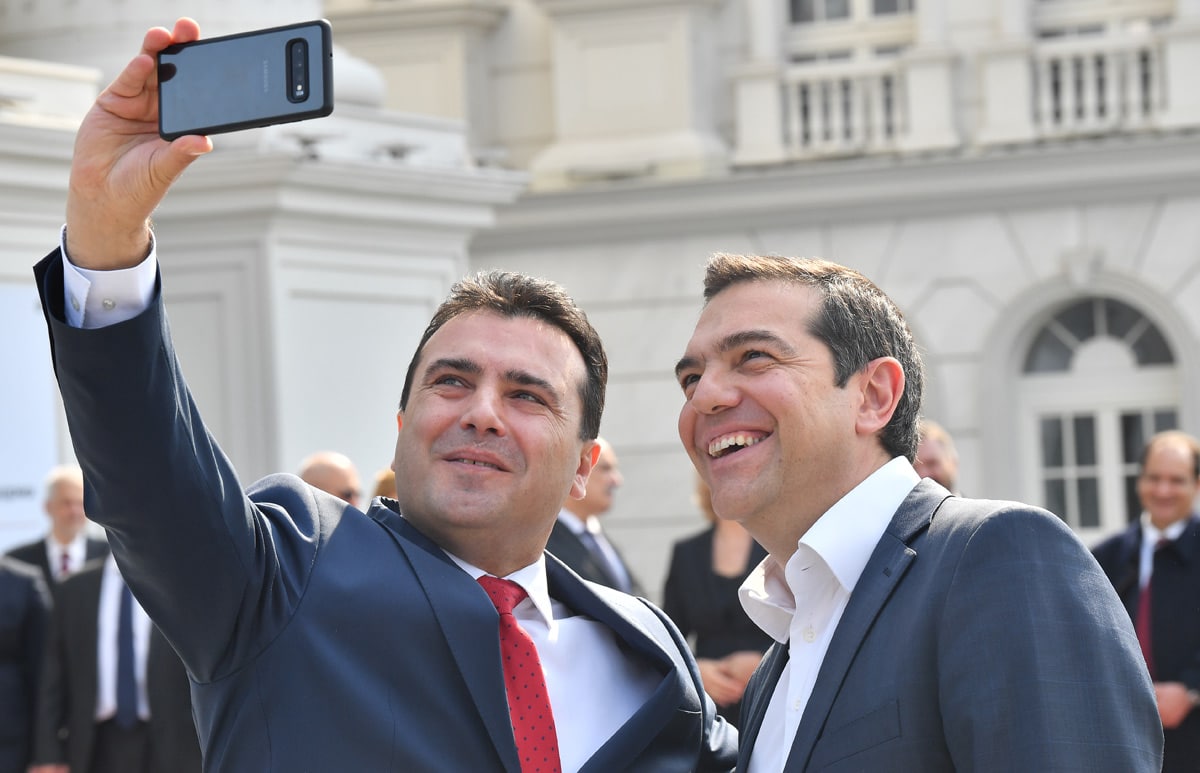 Macedonian Prime Minister Zoran Zaev (L) and his Greek counterpart Alexis Tsipras (R) pose for a selfie in front of the government building in Skopje, the capital of North Macedonia, on April 2. This was the first time that a Greek PM has visited the Balkan country. Photo: EPA/Georgi Licovski. 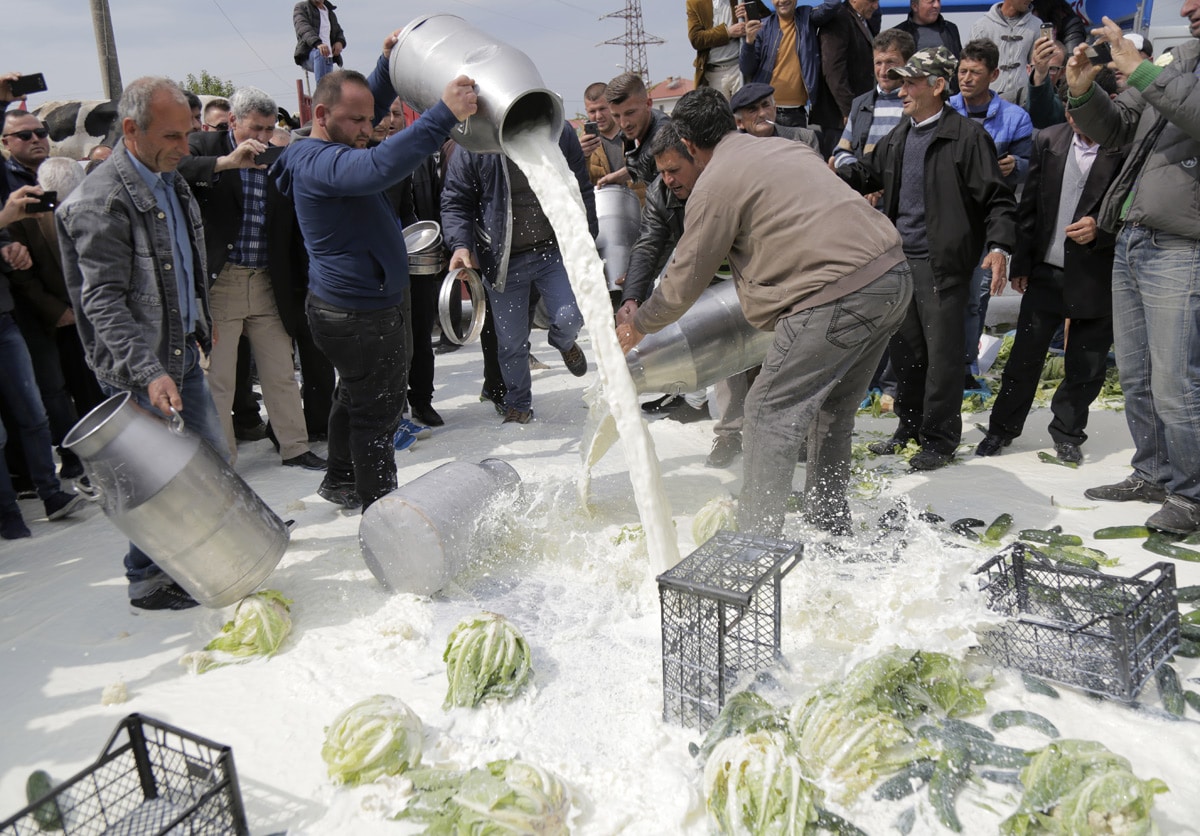 Albanian farmers pour milk and throw vegetables during a protest in the city of Lushnje, some 85 km south of the capital Tirana, on April 3. The farmers accuse the government of not helping them by providing subsidies against high taxes and the high price of the fuel, which they claim is driving them towards bankruptcy. Photo: EPA/Malton Dibra. 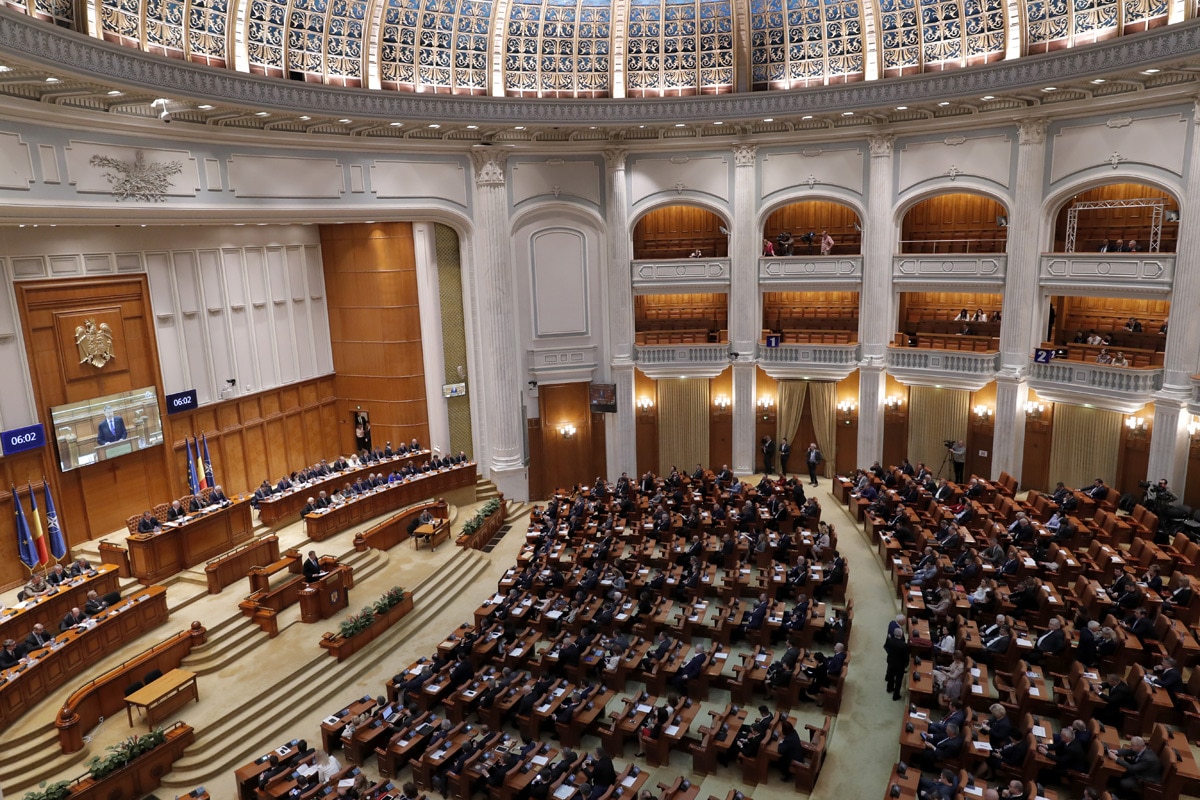 Romanian President Klaus Iohannis addresses the country’s parliament during a session dedicated to the 70th anniversary of NATO and Bucharest’s 15-year membership with the Western alliance at the Parliament Palace in the country’s capital on April 2. Photo: EPA/Robert Ghement. 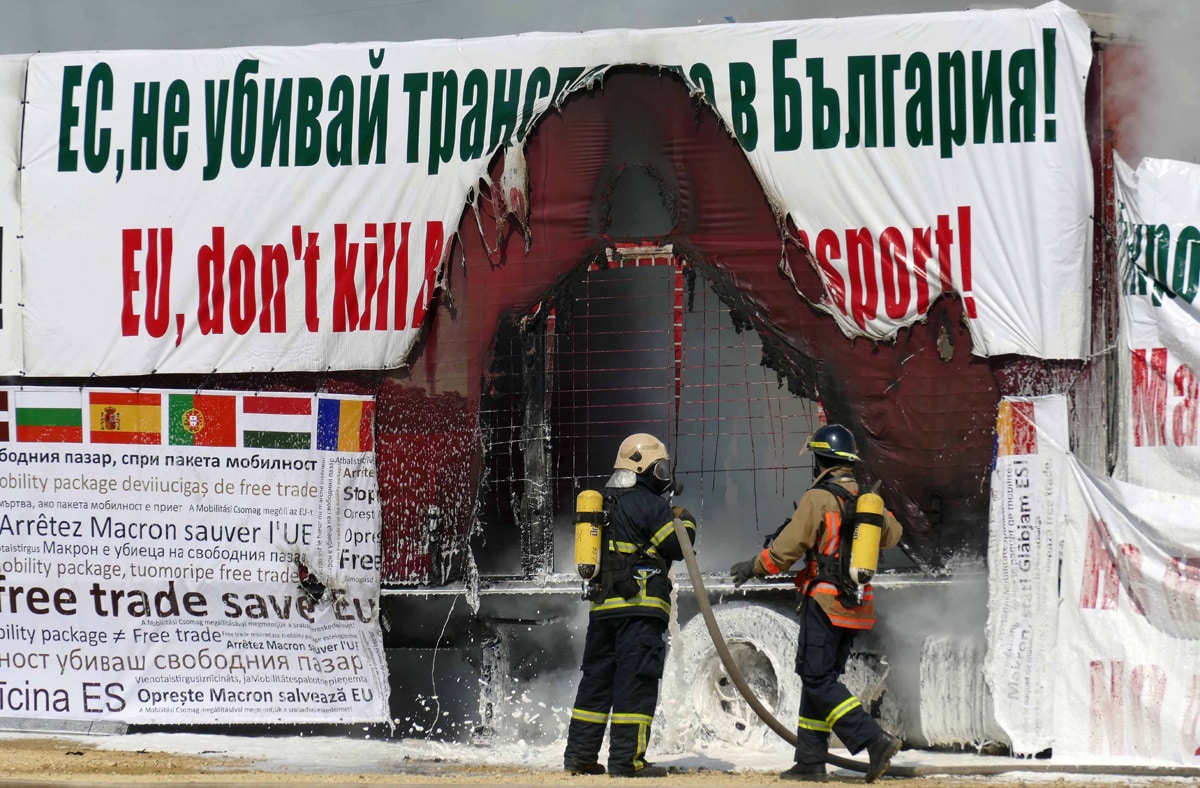 Firefighters extinguish a burning cargo truck during a protest of Bulgarian drivers in the southern city of Plovdiv on April 4. Lorry drivers have rallied against the European Parliament’s vote on the so-called Mobility Package, which they claim will undermine their competitiveness and hit jobs by restricting work time. Photo: EPA/Str 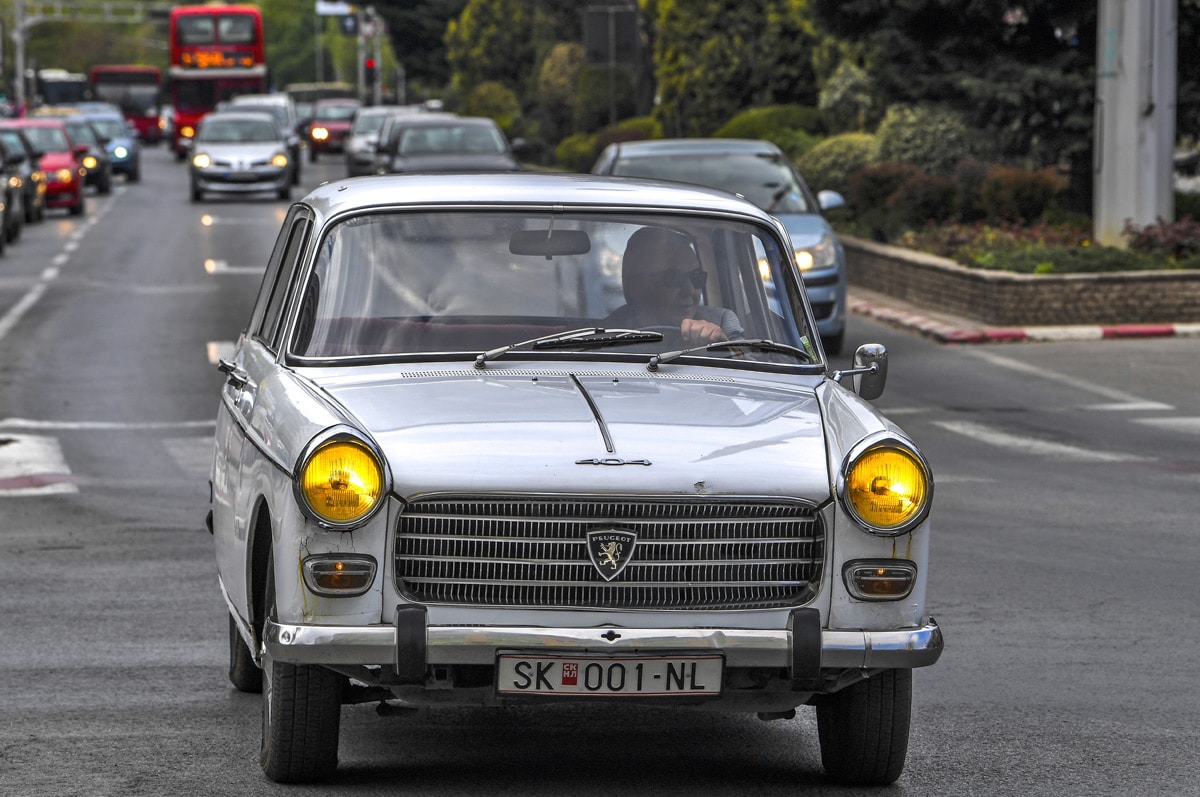 A man drives his classic Peugeot 404 car through the streets of Skopje, North Macedonia’s capital, during the celebration of the World Day of Peugeot 404 on April 4. Photo: EPA/Georgi Licovski.

Anti-government protesters gather in front of the Serbian public broadcaster, RTS in the country’s capital, Belgrade, on March 30. Demonstrators have taken to the street since last December, walking against President Aleksandar Vucic over what they say has been a smothering of democratic freedoms under his government. Photo: EPA/Koca Sulejmanovic.